What's this?This content was paid for by I Am Nation and created by the Penta advertising department. The Penta news organization was not involved in the creation of this content.

Grit, determination, and focus are what set apart the men and women who succeed in professional sports.

They also make for highly successful entrepreneurs, investors, and changemakers.

But making the transition between the two isn’t always easy, especially for those who want their legacy to be as strong off the field as on it. That’s where I AM Nation came in.

“Athletes get a playbook when they get to the pro level,” says former NFL linebacker Derrick Morgan. “First you get an agent, then a financial advisor, you start a foundation, you do a football camp. I was checking all those boxes, but nothing was changing.” 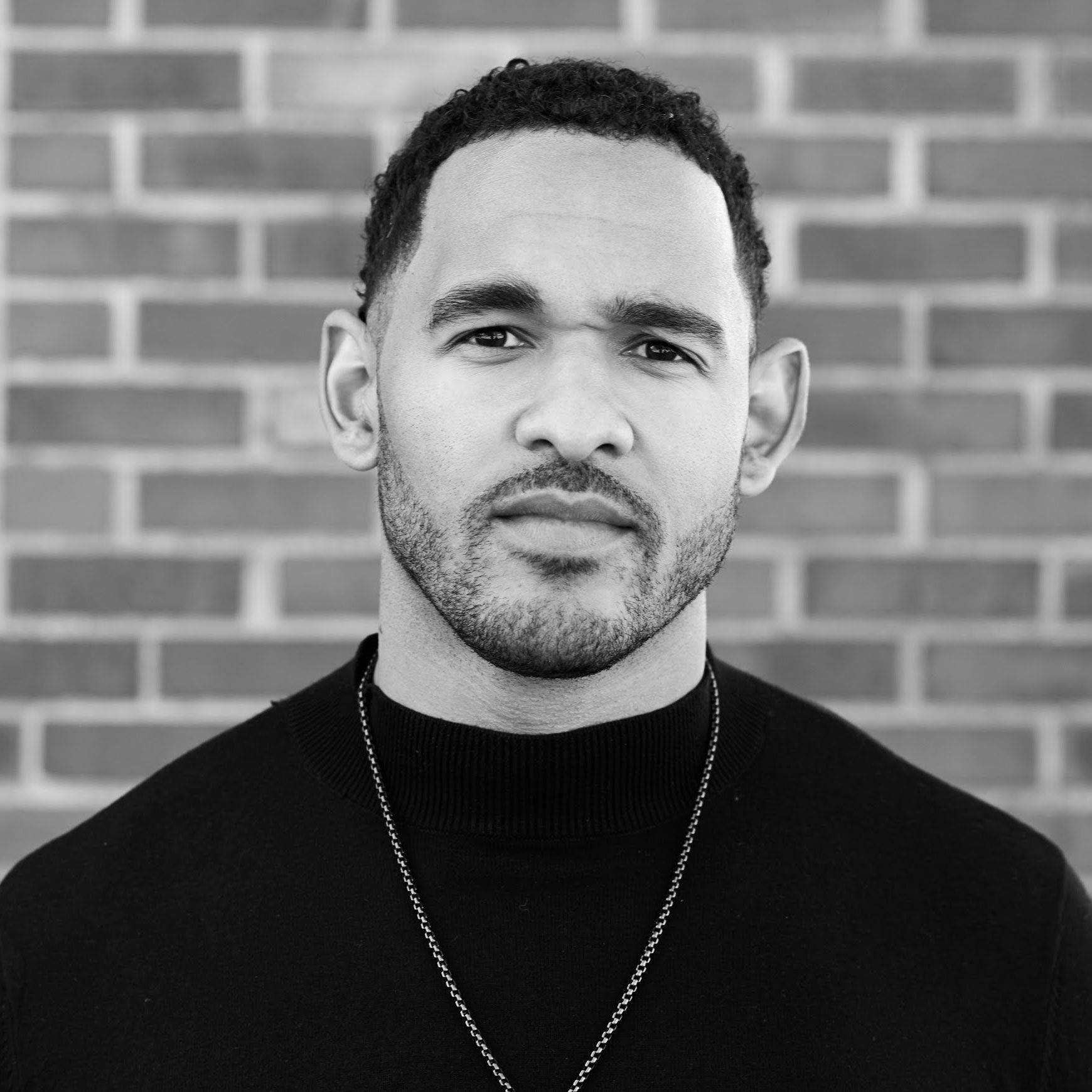 Morgan, 32, had an idea about harnessing the collective influence of athletes to get capital into underserved communities. Capital is of course financial but it can also be social and cultural capital. It led him to create I AM Nation in 2020, a growing group of elite players from the NFL, NBA, and other professional leagues, as well as influencers, investors, and entrepreneurs with a shared desire for social change.

“The idea is to create opportunities for our members and the communities where our members come from. I see it almost as a homecoming—but for every underestimated community that looks like the ones where we grew up,” explains Morgan, who was a linebacker for the Tennessee Titans from 2010 to 2019 and is now an impact real estate developer at KNGDM Group.

As a Nashville resident, Morgan is keenly aware of the disparities within the city. One neighborhood in North Nashville has the highest incarceration rate in the U.S., he points out. The area is only about a mile from Nissan Stadium, where the Titans play.

I AM Nation is working to combat these disparities, which disproportionately affect Black and brown people. For instance, the organization has partnered with ImpactAssets, an organization with over $1.2 billion in assets that facilitates impact investing within donor advised funds and other vehicles. It allows investors to make tax-deductible donations that are channeled directly into businesses, infrastructure and other community projects.

A Hometown Fund is being created with ImpactAssets to support the majority African-American neighborhood in North Nashville. Those resources will be invested in the community to help create jobs and industry in the area.

“It’s not just philanthropy, it’s real investment dollars and business creation” says Morgan, who graduated with a business management degree from the Georgia Institute of Technology—where he was also an All-American player and named the ACC Defensive Player of the year as a junior—and received his M.B.A. from the University of Miami.

Morgan’s concept also allows for players to interact with others who share the rare life experience of playing sports at the highest level. I AM Nation is continually seeking strategic partnerships and ways to connect with people who have unique insights to share.

“I was sitting next to guys in the locker room who had similar interests for years and I didn’t know it until much later,” Morgan says, adding that athletes are focused on the field which makes it challenging to focus on your financial future. “We’re creating an environment where that can take place...a safe place for peer-to-peer learning and doing.”

The ways each I AM Nation member gives back looks different, but each person is able to share dealflow, strategies, successes, and even failures with the group.

“We all have aspirations but we don’t talk about what we are doing to make them happen,” Morgan says. “Or the mistakes we’ve made and how others can learn from that.”

In fact, I AM Nation has members who are leading the way in arenas such as venture capital, affordable housing, mental health, financial literacy, and nonprofits. They are not only creating opportunities for themselves and their communities, but setting a new example of what a former athlete can do.

Below, three I AM Nation members on using their influence to impact communities throughout the U.S. 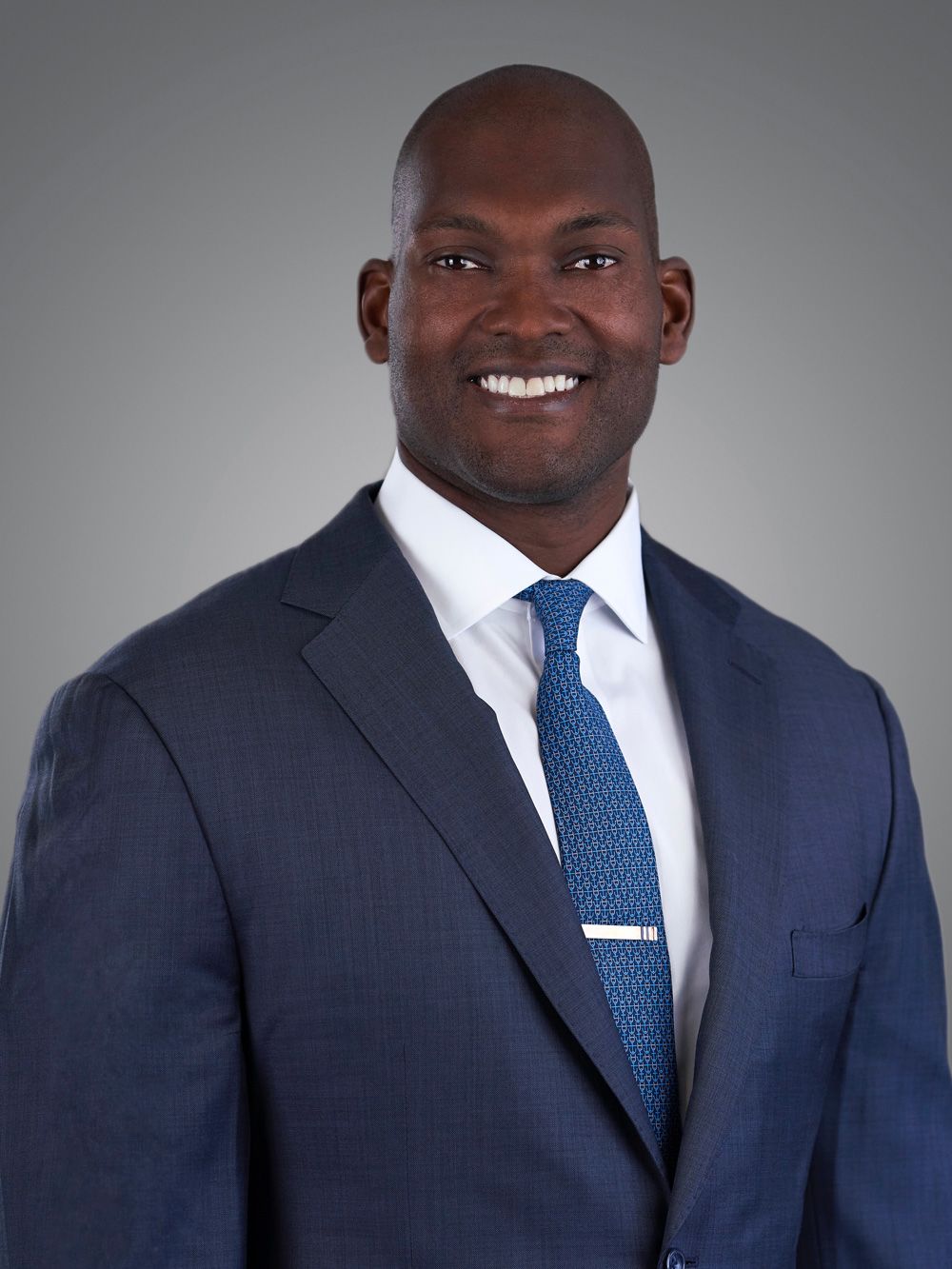 Winston Justice, a former offensive tackle who played for the Philadelphia Eagles, Indianapolis Colts, and the Denver Broncos, joined I AM Nation soon after moving to Nashville with his wife and three children. He is currently a vice president at the asset management firm AllianceBernstein.

“When we moved here, we really made a point to create community,” says Justice, 36. “Derrick was one of the people that I reached out to, being an ex-athlete who is really active in his post-playing days. He really wants to make a difference in so many aspects of society.”

Justice considers the like-mindedness of the members of I AM Nation one of its most important benefits.

“When most people [in my field] were 21, they were interning at, you know, Ernst & Young,” Justice says. “When we were 21, we were playing against the Dallas Cowboys. And then you enter into the workforce at 31. It’s just a different experience that you can’t really explain, so it’s really great to share that with people.”

At his firm, Justice works closely with small to midsize foundations and nonprofits to maximize his impact.

“At these institutions, the person that’s handling their endowment often did not go to school for that. It’s not their expertise; they just are very passionate about the museum or the school or the zoo,” says Justice, who studied public policy as an undergraduate at the University of Southern California, where he played college football, and earned an M.B.A. from George Washington University. “Those are the ones that we partner with and add value.”

Justice also co-owns a small chain of coffee shops, Elixr. He founded the chain in 2010 in Philadelphia with his brother-in-law, and their first Nashville outpost opened in early March.

“For me, it’s been a place where we can build community,” he explains. “And where we could build that community for the employees, too. We really care about the people that work with us.” 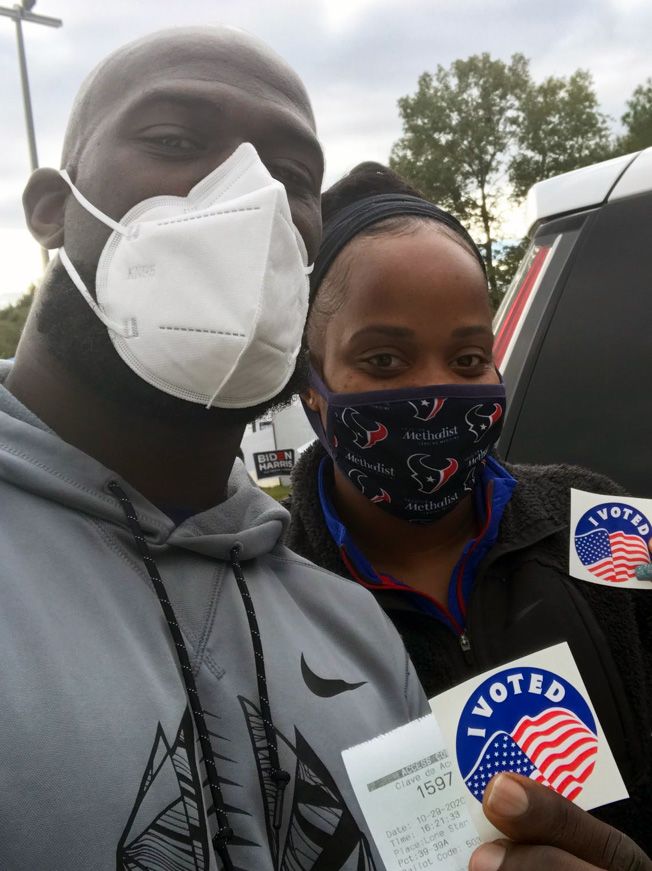 From his football camps that include financial literacy classes to working with Rep. Sheila Jackson Lee on Capitol Hill, Michael Thomas, a safety for the Houston Texans, has been advocating and teaching since he joined the NFL in 2012.

In April, Financial Literacy Month, Thomas, 30, is working with Goalsetter, a company that teaches kids about personal finance.

“It’s Black-led and female-led by Tanya Van Court,” he explains. “The program will set up savings accounts for middle school students to help them learn about money. Studies show that kids who have accounts do better in school and have higher graduation rates...we are trying to bridge the generational wealth gap for Black and brown people.”

Thomas is also part of the Players Coalition, a nonprofit working with professional athletes, coaches, and owners across leagues to improve social justice and racial equality in our country.

One of the benefits of I AM Nation is connecting with like-minded individuals, says Thomas, who has an M.B.A. from the University of Miami Business School.

“Being able to network with different people who are in different phases of their careers, different phases of life, and who have different perspectives and each individual’s network is really important,” he says. “Together, we can try to come up with sustainable plans to actually implement to create real change in our communities and in this nation.”

That is part of I AM Nation’s DNA, he adds.

“That’s the great part of what I AM Nation is doing,” Thomas explains. “They have a bunch of people from different industries coming together to form a network of people who are working together and collaborating together on these important issues.” 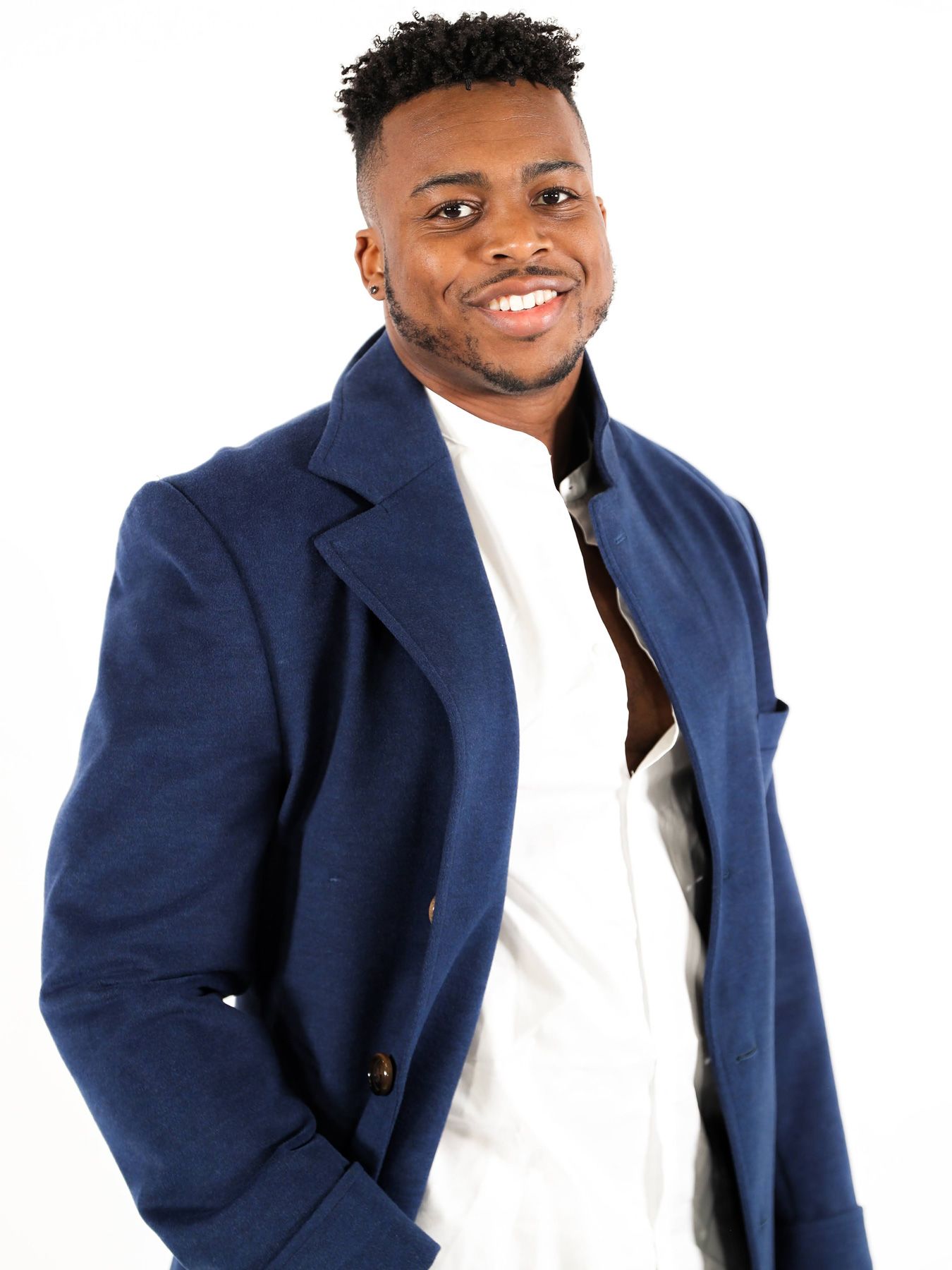 Brandon Copeland, a linebacker who recently signed with the Atlanta Falcons, considers Morgan a mentor and a big brother.

“He’s one of the guys who does things right,” says Copeland, 29. “I’m in my ninth season with the NFL, which is longer than average. But I’m smart enough to follow the lead of people doing it the right way.”

Copeland leads the Cascade Advisory Group, a financial education advisory group committed to democratizing access to financial information by partnering with clients who share this vision. He also teaches Life 101 at the University of Pennsylvania, in which he brings people together to talk about the “business of me” to help prepare people for major financial decisions.

He is a real-estate investor, as well, and has been working to create affordable housing in places like New Jersey.

“I’m currently working on 40- and 60-unit buildings,” says Copeland, a graduate of the Wharton School at the University of Pennsylvania. “I have no idea what I’m doing, but I’m surrounded by people smarter than I am. But after we’re done, you better believe I’m going to be sharing the entire process with people.”

For Copeland, that education is at the heart of I AM Nation.

“We’re teaching as we go up the ladder,” he says. “If we have a blueprint, we don’t have to guess.”

I AM Nation is also about a legacy of commitment to the community, creating change, and using its collective power for good. Too often, only the failures of former athletes are reported, Copeland says.

“Those are the outliers,” he says. “We want to make sure we are gathering a special group of individuals who aren’t just about money, but are about the legacy.”